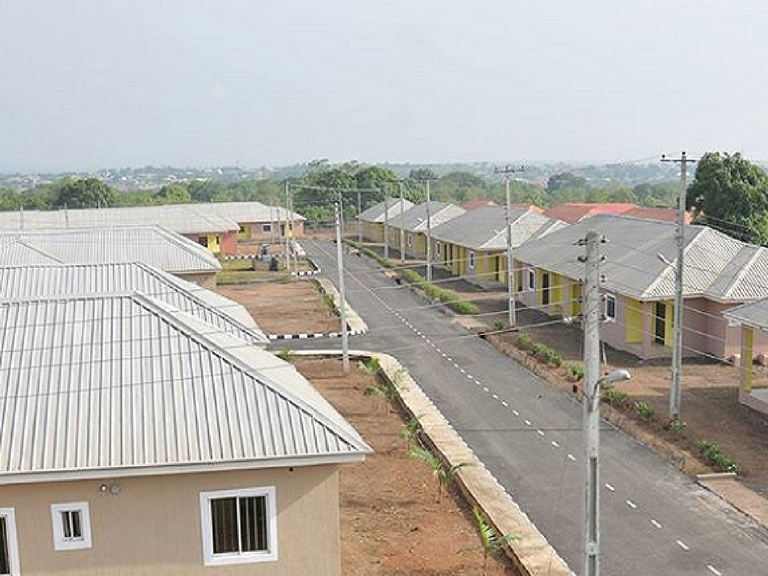 The Executive Secretary/Chief Executive Officer of the board, Dr Hannatu Fika, disclosed this when she inspected some of the estates under the FGSHLB scheme in the Federal Capital Territory on Friday in Abuja.

The News Agency of Nigeria, however, quoted Fika, as saying that those houses built with such loans belonged to the board, unless defaulters liquidated them (loans).

“As long as the public servants who have taken loans from us have not liquidated their loans, the houses belong to the board.

“Our connection with these estates is, they belong literarily to federal public servants, who identified a developer and introduced the developer to us and instructed us to pay their own loan to developer so that we can provide houses for them.

“And these houses we are seeing are houses that came through that partnership between the developers and the civil servants.

“And some of the occupants that are the principal officers of the management of the estate had approached us to assist by way of ensuring that the access roads within the estates are done.

“And you know as an old civil servant, it is always better to see what is on the ground and then you can push the request because they have appealed to us to get in touch with the ecological funds and so on.

“By the time we approach the DG of the ecological funds, we should be in the full picture of these estates, this why we are here.“

Meanwhile, some of the civil servants who have already occupied some of the completed houses have expressed joy over the FGSHLB scheme, which according to them; have relieved them of the burden of landlord-tenant crisis on house rent.

One of them, a resident of Ebele Okeke Estate, Lugbe, Mr Stephen Kwando, said the scheme had relieved him from challenges of yearly house rent and fracas between him and landlords.